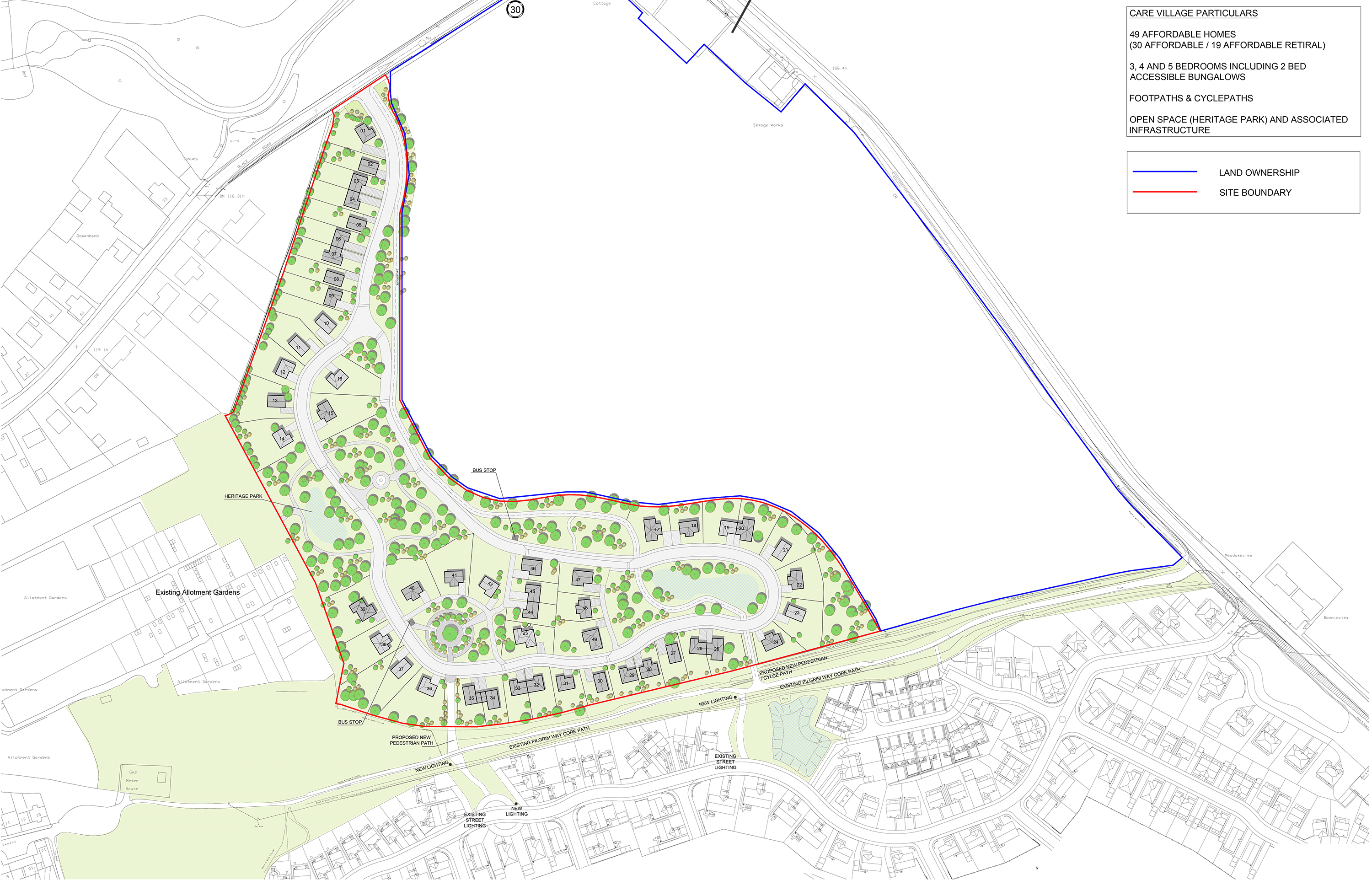 In 2019, an application for Planning Permission in Principle which sought permission for the construction of a ‘Care Village’ on this site was lodged with Fife Council. It was envisaged that this ‘Care Village’ would comprise a number of retirement homes, a care home and a new medical practice, along with associated infrastructure and landscaping.

This earlier application was subject to full public consultation, the form of which was agreed with Fife Council, with the outcome of the consultation process highlighting very few issues of concern regarding the proposed development from within the local community.

During the course of their assessment of the application, the Council voiced some concerns as to certain aspects of the mix of uses proposed and suggested that consideration be given to amending the form of the proposed development so that it would provide for solely affordable housing, this being a use that could potentially be supported by the terms of the adopted development plan.

Having considered their position, the applicant took the decision to withdraw the original application with a view to resubmitting a fresh application which would seek Planning Permission in Principle for the erection of 49 affordable houses consisting of 30 affordable & 19 affordable retiral on the site.

This consultation process, the nature of which has been agreed with the Council, is designed to show interested parties what form this proposed development might take and to illustrate, for indicative purposes only, the key elements of the proposed development.

Should you wish to leave a comment please use the comments box below. 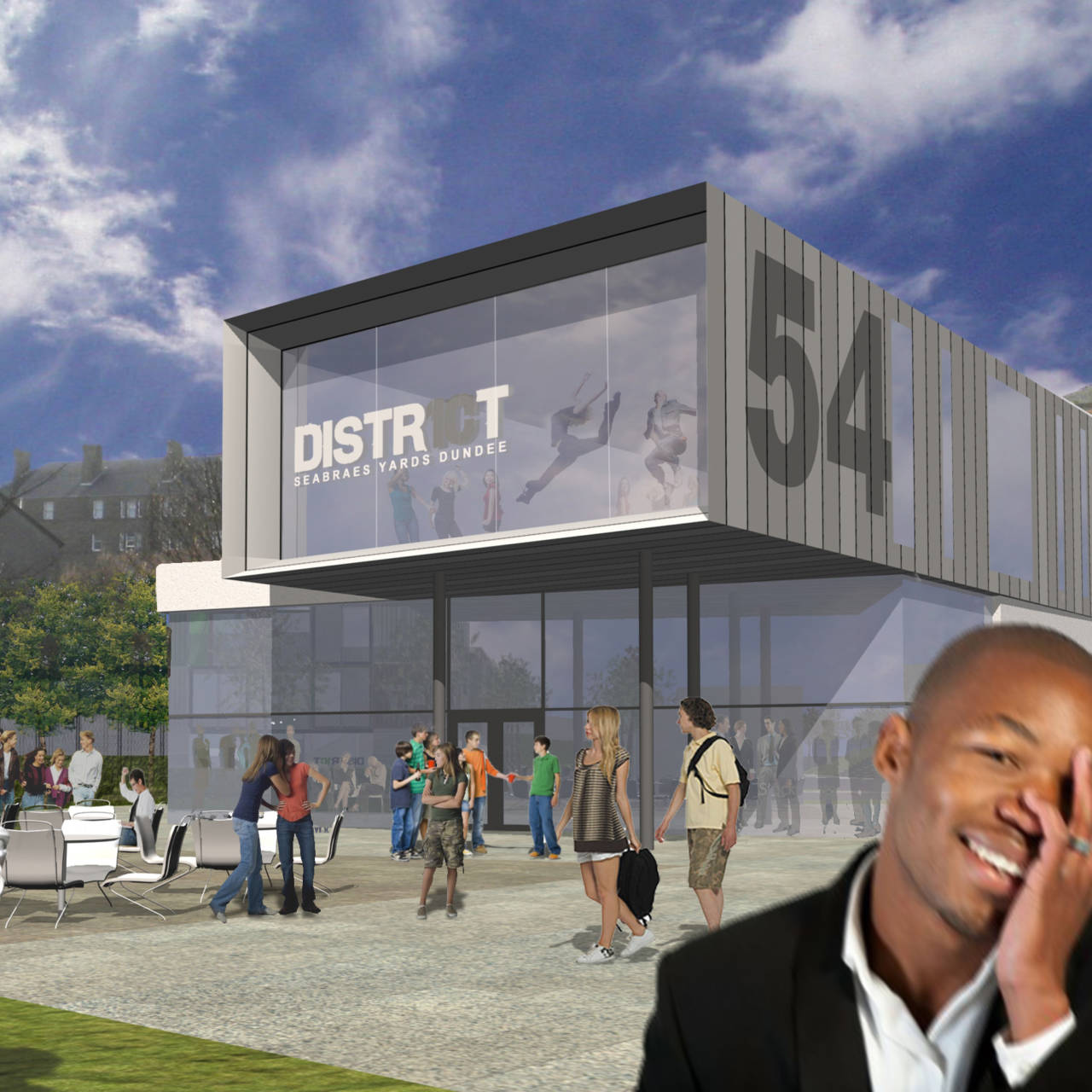 Aim were commissioned by Scottish Enterprise to form proposals for a new Creative Media District at Seabraes Yards in Dundee. The proposed masterplan is formed entirely of modular construction and prefabricated elements, including a central core of offices created using recycled shipping containers and high density residential live/work units, all designed for fast track assembly using the latest factory automated, timber closed panel construction. This is one example of a wide range of sustainable strategies adopted for the development of the site.

The developed Building and Environmental initiatives have emerged to provide a new plan strongly founded on perceived value and sustainability. Close interface development between each of the zones has produced a District of raw and honest character with industrial process evident and celebrated.

Despite the physical difference, the development of a consistent and robust approach in each building’s external fabric has maintained a common aesthetic, strengthening the relationship between each of the buildings and their surrounding environment. The unique appeal of DISTRICT 10 offers flexible development opportunities to future organisations and sets out specific guidance for their delivery.

“The regeneration of this difficult contaminated site will make a significant contribution to the realisation of the £1bn+ Dundee Waterfront project.” - Peter Noad, Project Manager, Business Infrastructure - Scottish Enterprise 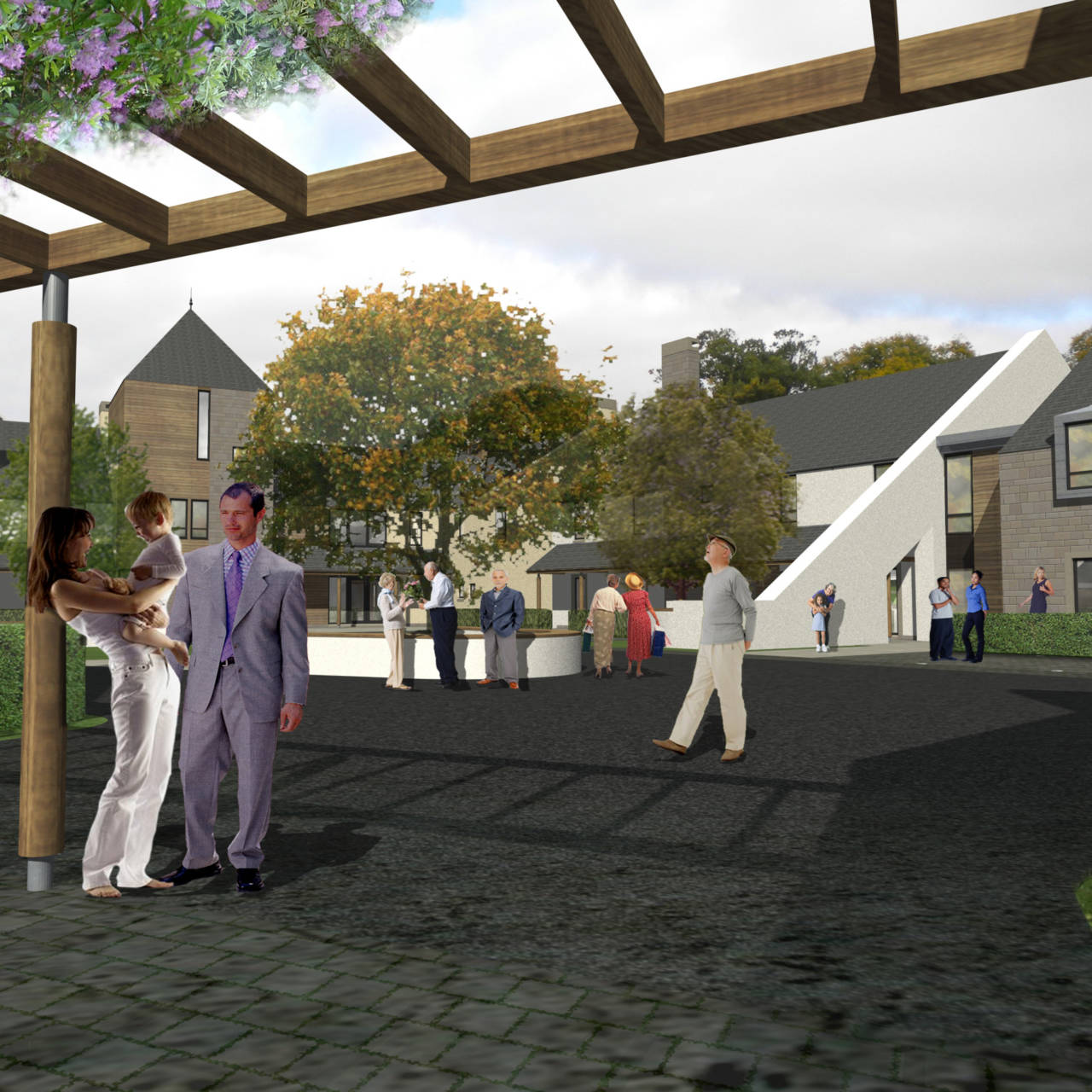 The town of Markinch features a rich variety of architectural styles that creates an impressive character. In addition to this, the spire of St Drostan’s Church dominates the surrounding and serves as a visual point of orientation and the diversity. Aim were commissioned by Lomond Homes to develop proposals for care home facilities in Markinch on the site of ‘The Glebe’, a low lying piece of agricultural ground bounded on three sides by domestic scale buildings. Proposals were developed which sought to retain the integrity of the site, whilst sensitively introducing the new proposal with minimal environmental and visual impact.

The resultant cloistered courtyard accommodation provides a safe, managed, and sheltered retreat, maintaining visual and pedestrian lines into and out of the courtyard, capturing important features of Markinch including St Drostan’s Church, the manse, and Markinch Hill.